In 2008 Ancestry.com launched the World Archives Project, a collaborative effort to allow users to key records from historical records, the indexes of which are free for everyone.

The U.S. creatived team produced an “our vision” video, which was to be localized for each market, a time consuming task given long rendering times for video. Instead of waiting weeks for the U.S. team to create localized versions, I created an XML based slideshow in Flash that mimicked the video.

My “video” was coded in less than a week and is a fraction of the original 9 MB video. 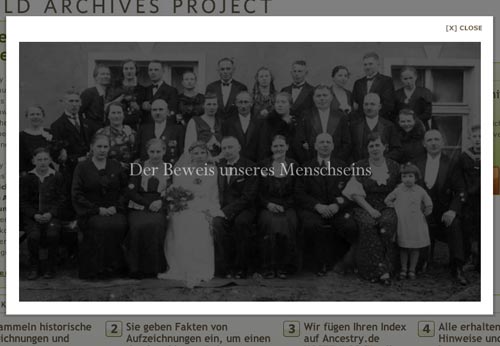 XML source for German version. Transitions, slide types and length are all editable in XML 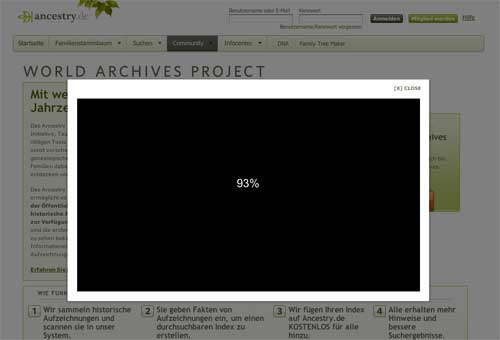